New Cigars and Why Smokers Love Them 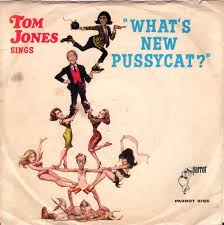 What’s new? It’s a question that every tobacconist is asked multiple times every single day he or she opens the doors. Cigar lovers are always looking for new cigars, chasing the perfect smoking experience. Any shop owner who is stuck for an answer is not doing a very good job, as the industry as a whole caters to the demand for new cigars by constantly creating new blends, limited editions, line extensions, and more. Particularly right now, just after IPCPR 2016 where we saw dozens of new cigars released that will be hitting the shelves at cigar shops all over the country in the coming months.

But I’m not here today to tell you all about this year’s crop of new cigars, or to try to determine whether or not smokers constantly seeking new cigars is a trend or not. Today I want to get into the why behind the question. Why are serious cigar enthusiasts constantly seeking new cigars? What is the reason behind the shift from extremely brand-loyal smokers who found a favorite and stuck with it to smokers who seemingly never want to smoke the same cigar twice?

While that last part may be a slight exaggeration, the trend is real and the concept holds true. Some industry insiders have even speculated that the reason for the huge demand for new cigars is the fact that manufacturers are so good at marketing their new creations. While this may play a secondary role, I do not believe it to be the main reason. Cigar manufacturers certainly respond to the demand from their audience, but that demand was there long before Rocky Patel decided to produce a new blend every fifteen minutes.

We are currently in a never-before-seen golden age of creativity in the cigar industry. There may have been times in the past that people smoked as many cigars, or there were a similar number of brands, but I will never be convinced that there has ever been the amount of talent, creativity, blending prowess, and attention to detail that we have access to today. The average quality of a premium cigar is at an all time high, and there are more incredible people contributing every day and bringing new cigars to the shelf. I believe that a side-effect of this seemingly bottomless well of ideas is the fact that smokers have figured out that if they don’t try everything they could easily miss out on a special cigar. The simple fact that there are so many phenomenal new cigars out there means that most of the time, when a smoker tries something new, it is a pretty great experience. That alone likely has a lot to do with the massive demand for new cigars.

New Cigars and the Internet

The Internet plays a huge role in shaping consumer trends, and the new cigar trend is certainly not immune. The information available makes it extremely easy for smokers to find out about all the new cigars that hit the market. In the past, if your local shop wasn’t hip enough to carry the small craft boutique cigars you might not know they were out there, or when a new one was released. With every detail immediately available at your fingertips, now you know whenever a new cigar comes out, and if your shop doesn’t carry it you can order it online (from BNB Tobacco!) and have it delivered to your doorstep with just a few clicks. Couple the information and convenience with the status-symbol and social attention that comes from being the first one to post a selfie with a new cigar on social media and you’ve got a recipe for the Internet fueling the demand for new cigars in a serious way.

New Cigars and the Cigar Culture

Lastly, I think the nature of the hobby lends itself naturally to a quest for new cigars. Unlike other forms of tobacco, cigars are enjoyed in a celebratory fashion rather than an addictive one. A cigarette smoker may get hooked on his favorite brand, but cigar lovers tend to be more open-minded, and since they don’t need to feed an addiction through repetition, they can constantly be free to seek the best possible smoking experience by trying a slew of new cigars all the time. The thrill of the chase and the satisfaction of finding a new and outstanding cigar are the payoff rather than simply satisfying a craving.

There are plenty more reasons why new cigars are so darn popular, and getting more popular all the time, but I think that we’ve gotten to the major driving forces. Even in the face of the pending FDA regulation I am sure that cigar manufacturers are going to continue to find ways to put new cigars on the shelf. They can keep trying to restrict us, but we are too creative, too dedicated, and most of all we are right and so while things may change and get more difficult, we will rise to the challenge – manufacturers and consumers alike – and continue pursuing the hobby we love.